The Death Penalty for Drug Offences 2019

Harm Reduction International (HRI) has monitored the use of the death penalty for drug offences worldwide since our first ground-breaking publication on this issue in 2007. This report, our ninth on the subject, continues our work of providing regular updates on legislative, policy and practical developments related to the use of capital punishment for drug offences, a practice which is a clear violation of international law.

View The Death Penalty for Drug Offences: Global Overview 2019 in full in the tabs below or download the PDF of the report here. 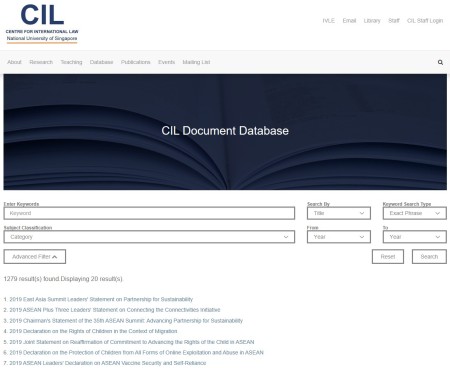 The World Justice Project Rule of Law Index® measures how the rule of law is experienced and perceived by the general public in 126 countries and jurisdictions worldwide based on more than 120,000 household and 3,800 expert surveys. Featuring primary data, the WJP Rule of Law Index measures countries’ rule of law performance across eight factors: Constraints on Government Powers, Absence of Corruption, Open Government, Fundamental Rights, Order and Security, Regulatory Enforcement, Civil Justice, and Criminal Justice.

Subscribe to World Justice Project’s newsletter for the formal invitation to the launch livestream for the Rule of Law Index 2020 @ https://worldjusticeproject.org/our-work/engagement/events/global-launch-wjp-rule-law-index-2020

The new WJP Rule of Law Index scores show that more countries declined than improved in overall rule of law performance for the second year in a row, continuing a negative slide toward weaker rule of law around the world.

In a sign suggesting rising authoritarianism, the factor score for “Constraints on Government Powers” declined in more countries than any other factor worldwide over the last year (61 countries declined, 23 stayed the same, 29 improved). This factor measures the extent to which, in practice, those who govern are bound by governmental and non-governmental checks such as an independent judiciary, a free press, the ability of legislatures to apply oversight, and more. Over the past four years, Poland, Bosnia and Herzegovina, and Serbia have lost the most ground in this dimension of the rule of law.

The second largest decline over last year was seen in the area of “Criminal Justice,” followed by “Open Government” and “Fundamental Rights.” On a positive note, more countries improved in “Absence of Corruption” than declined for the second year in a row.

The trend of autocratization continues, and almost one-third of the world’s population lives in countries undergoing autocratization – a substantial decline of democracy.

24 countries are now severely affected by what is established as a “third wave of autocratization”. These countries include Brazil, India, the United States, as well as several Eastern European countries.

A majority of countries in the world remains democratic.

The first ever model forecasting autocratization identifies the top-10 most at-risk countries: Philippines, Fiji, Mali, Hungary, Guatemala, Kosovo, Kyrgyzstan, Moldova, Bosnia and Herzegovina and Tanzania. This is an invitation for action by the policy and practitioner communities.

Today is Human Rights Day. It is a day for all States and organisations to adopt, observe and fulfil the United Nations General Assembly’s Universal Declaration of Human Rights. The formal inception of Human Rights Day dates from 1950. This year the emphasis is on Rights Day is on Youths. The world’s youth population is at an all-time high, at 1.8 billion people aged 15 to 29, (world population is 7.46 billion). The Global Youth Development Index shows many countries are experiencing a “youth bulge” with adolescents and young adults making up a third of the population. This offers hope of a “demographic dividend” as young people contribute towards economic growth and well-being. (https://thecommonwealth.org/media/news/state-worlds-youth-population-new-index-underscores-urgent-need-invest-young)

This year’s Human Rights Day is all about the power of youth. Here are some of our young inspirations standing up for human rights each day. Supporting them and empowering youths, join us:-

Some other resources on this issue:

JAKARTA, 7 November 2019 – Regional lawmakers called for the immediate and unconditional release of Mu Sochua, Vice-President of Cambodia’s main opposition party, following her detention by Malaysian authorities at Kuala Lumpur airport, and called for all ASEAN countries to respect the fundamental freedoms of Cambodian citizens.

“Sochua should be immediately released from detention and allowed to continue her peaceful activities. The decision to detain her is a complete disregard for ASEAN’s stated commitment to democracy and human rights. We all know that any attempts to block Cambodian opposition members from returning to their countries is solely based on political grounds and is a blatant attempt to silence their voices,” said Kasit Piromya, former Thailand MP and Board Member of ASEAN Parliamentarians for Human Rights (APHR).

The Malaysian authorities should allow access to independent monitors to visit her and the two Cambodian youth opposition activists who have been detained at the airport for the past three days and clarify under which law the three of them are currently detained, said APHR.

In preparation for his return to Cambodia, Sam Rainsy, Cambodia’s opposition leader, is also expected to be refused entry into Thailand when he tries to board a plane in Paris this evening.

“It is outrageous that Malaysia and other ASEAN countries are doing the dirty bidding of their counterparts fearful of legitimate political opposition. They should not be following the orders of Hun Sen’s repressive regime and violating Cambodian citizens’ fundamental rights on his behalf,” said Kasit Piromya.

Over the past few months, Hun Sen’s crackdown on opposition members and activists has intensified ever since exiled leaders of the CNRP who have been facing charges for allegedly “plotting” and “inciting to commit a felony” vowed to return to Cambodia on 9 November, Cambodia’s Independence Day.  Ahead of their planned return, the authorities announced that it had sent arrest warrants for CNRP co-founder Sam Rainsy to all neighboring countries, deployed troops along the Cambodian-Thailand border, and threatened to use armed forces to ‘suppress’ the opposition, raising fears of possible violence.

The authorities also stated that civil aviation authorities would face “serious consequences” if commercial airlines act as “accomplices to a coup attempt” and in a clear violation of their rights, admitted to surveilling the phones of opposition members, alleging their capacity to find the exact time and location of their return.

Meanwhile, to supposedly ‘protect their sovereignty,’ the Cambodian authorities have been filing charges and arresting anyone who shows support both online and offline for the CNRP leaders’ return. More than 50 opposition members have been detained and arrested in recent weeks. Many were arrested without a warrant and without being informed of the reason for their arrest, but have good reason to believe that their arrests were merely due to their political affiliation.

By using all means to prevent the return of the political opposition to Cambodia and detaining all potential threats to his power, Hun Sen once again shows how Cambodia has become a one-man authoritarian regime that totally disregards democracy.

“Hun Sen is so afraid of losing power that he has waged an unrelenting and systematic attack on the opposition,” said Walden Bello, former Philippine MP and APHR Board Member. “The large-scale crackdown on dissent and refusal to let opposition leaders return to their country should be a wake-up call to the international community that Cambodia is in a democratic crisis.”

The authorities’ systematic crackdown on critical voices contributes to instilling a climate of fear among the public, forcing many political and human rights activists to self-censor or hide from the authorities. APHR called on the international community to take all available measures to ensure Cambodia upholds its commitments to human rights and end its crackdown on legitimate political opposition and human rights activists. “Without a strong opposition or human rights defenders able to independently and freely comment on Hun Sen’s rule and policies, there is nobody providing checks and balances on the executive.  No one should fool themselves: Cambodia is now nothing but a fully-fledged dictatorship – nothing in the current functioning of the country remains democratic,” said Charles Santiago, Malaysian MP and APHR Chair.

“The international community, including Cambodia’s ASEAN neighbors, have a responsibility to ensure opposition voices in Cambodia are free to exercise their human rights without fear of reprisals.”

Following significant gains in commune-level elections by the CNRP in 2017, Cambodian authorities detained CNRP President Kem Sokha on 3 September 2017 on trumped-up charges and several CNRP members fled the country in fear of arrests. To this day, Kem Sokha remains under house arrest. In November 2017, a Supreme Court ruling dissolved the CNRP for allegedly attempting to overthrow the government, and banned 118 of its members from politics for five years. In July 2018, Cambodia hold widely discredited elections in which the CNRP was not allowed to compete. As a consequence, Hun Sen’s ruling Cambodian People’s Party (CPP) currently holds all 125 of the seats in Parliament.