Meeting with US State department on Civil Society in ASEAN

On 10-12th February, 10 representatives met US State officials, think tank representations and NGOs to discuss Civil Society in ASEAN. This was part of the efforts of the US State Department and the National Democratic Institute. Us President Barack Obama was meeting ASEAN leaders in the Sunnyland meeting and was also keen to discuss the role of civil society in ASEAN.

MARUAH was represented by Ms Braema Mathi and here she is with member of the State Department and in a special session with Ambassador Susan Rice. 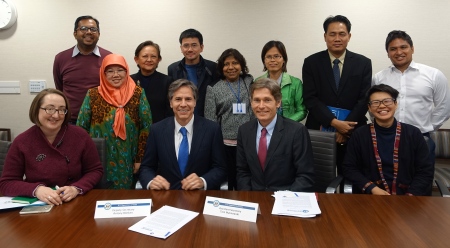 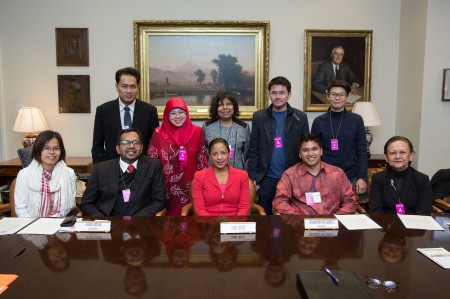 This entry was posted on Saturday, March 5th, 2016 at 3:55 pm and is filed under ASEAN, Event reports. You can follow any responses to this entry through the RSS 2.0 feed. You can leave a response, or trackback from your own site.