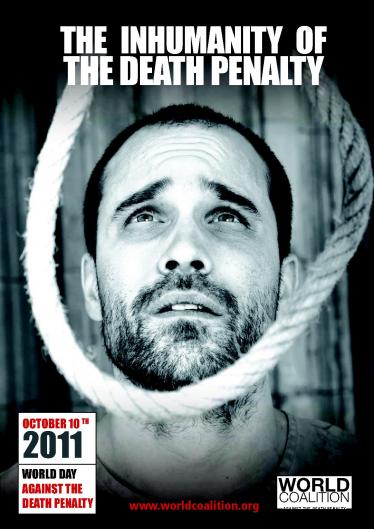 The act of execution is inhumane in itself.  Being on Death Row inflicts extreme psychological suffering not only on the prisoner, but also on the family. It also impacts society – dehumanising us as we leave it to the State to mete out the extreme punishment. If there is a miscarriage of justice, the death penalty ensures that there is no room for any correction as it is irreversible and irreparable.

On the World Day Against the Death Penalty, MARUAH joins many other global voices to ask for a review and more immediately, a moratorium on the death penalty. MARUAH believes that the death penalty is inconsistent with prevailing customary international law, but accepts that Singapore and Singaporeans may not be ready to agree to a total repeal of the death penalty. However, the mandatory death penalty, especially in drug cases, clearly breaches human rights norms, and so must be immediately repealed. Read more here on our earlier report to the Human Rights Council for the Universal Periodic Review.

MARUAH believes that Singapore needs more debates and education on the death penalty so that citizens understand that this is not a humane way to punish and that the death penalty constitutes a violation to the right to be free from cruel, inhuman or degrading treatment.

So we join the voices of many around the world and in Singapore to call for the abolishment of the death penalty.  Most countries – 139 – have signed to abolish the death penalty. Globally, more countries are addressing this issue. There was record support achieved at the United Nations General Assembly where the Resolution on the Moratorium on the Use of Death Penalty was adopted by an increased number of states at the end of last year. Singapore was not one of them.

For further information: visit the World Coalition Against the Death Penalty website. This is a coalition of 121 bar associations, trade unions, local governments and non-governmental organisations working to abolish the death penalty internationally. Also visit information from the UK Foreign Office here and also view the podcasts reviewing the theme of minimal standards on the death penalty and opportunities for future action on the death penalty.

For list of programmes taking place around the world on this World Day, please visit: www.worldcoalition.org/worldday.

This entry was posted on Monday, October 10th, 2011 at 10:44 pm and is filed under Position statements (Maruah). You can follow any responses to this entry through the RSS 2.0 feed. You can leave a response, or trackback from your own site.